It was a “free” day, when we managed our own activities. Daphne and I decided that we would start by visiting the temple at Fushimi-Inari. We caught the first subway train and arrived at the station where we changed to another line. All well so far. We found the right part of the station for the next change, and, after careful study of the subway map we boarded a train. It wasn’t very full, and we wondered where everybody was. Then we realised that they were all on the adjacent platform piling into a train that was going in the right direction.

We leaped up, sprinted across the platform (insofar as two elderly ladies can sprint!) and just caught the train. The doors closed and we departed. It went straight through the first station – we hardly noticed – and stopped at the second, where we realised what had happened. “I hope it stops at our station,” said Daphne, as the doors closed. I suppose it didn’t actually take us that long to retrace our journey by four stations…

When we finally reached the right place it was raining. Never mind. The temple is renowned for its many torii gates, and they were spectacular, brilliant orange, which in some lights shone golden. They became closer and closer, until it felt like walking inside a great cathedral. 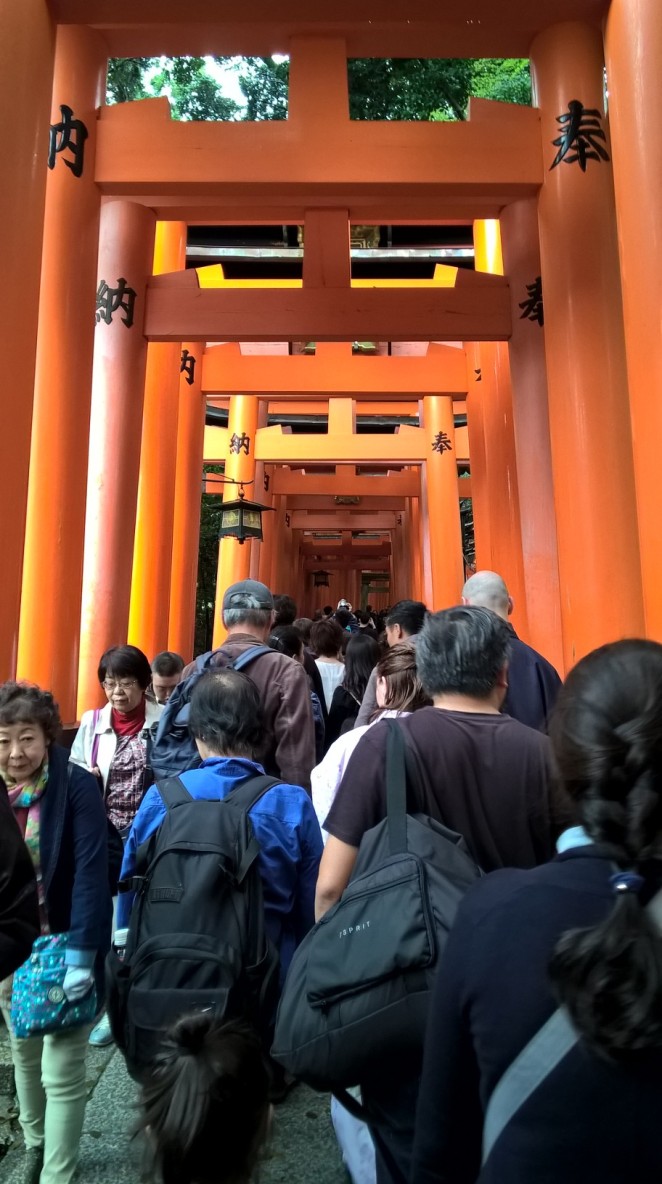 Above the torii gates, on Mount Inari, we walked through a forest, a mixture of bamboo and cedar. It was wonderfully tranquil. The trees were reddish-purple and green.

One final thought on the temple. It seemed to be much more of a working temple. There was worship and meditation taking place.

When we returned to the station, we needed the loo. Most stations have European style toilets. Fushimi-Inari station does not. It has Asian squat toilets. I squatted, and then it was time to stand again. My knees and quads told me in no uncertain terms what they thought of that manoeuvre – in fact, I reckon I was lucky to make it without falling over!

We went to the Philosophers’ Walk next, which is a path by a canal whose banks are planted with cherry blossom. It was raining heavily by now, and there were crowds of people being slightly less courteous than they would have been in the sunshine. Still, at least we saw the place, and it is indeed beautiful.

Now we must pack. We’re off to Hiroshima in the morning, to see the Peace Park. That’s a serious business, and I shall blog about it tomorrow. 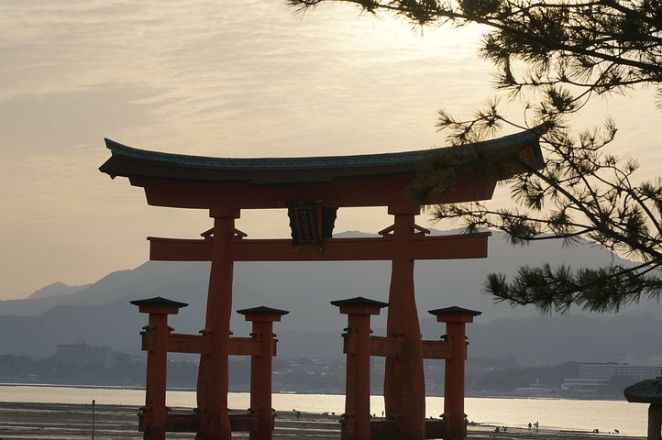 I am delighted to invite my family, my friends and all those who follow my blog to come with me in spirit as I visit Japan. The itinerary includes Tokyo, Hakone, Kyoto and Hiroshima. I expect to blog pictures of Mt Fuji, cherry blossom, the Golden Pavilion, Ryoanji Zen garden, the bullet train, Miyajima Island, and the Peace Park in Hiroshima. There will also be pictures of food…

I don’t expect to be writing any fiction unless the muse becomes very insistent.