This morning we braved the Tokyo public transport on our own to visit the Sankyo flute atelier. The journey was not difficult, but it took us some time to locate the right building. In the end we asked a local – who referred to her mobile phone and directed us. The flutes we were shown were wonderfully crafted – you would desire one for its appearance even if you couldn’t play it. And the sound Daphne produced playing it was amazing, with tremendous dynamic range and control. 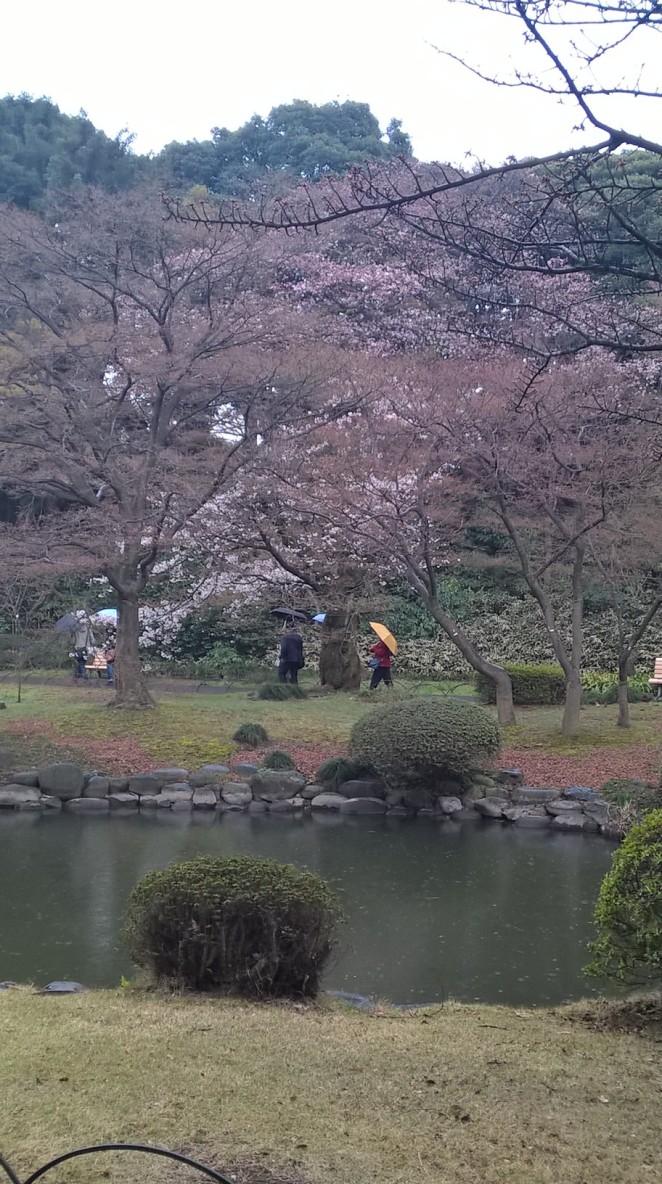 In the afternoon, we visited Shinjuku Gyoen, the National Garden. This is a beautiful park, with a mixture of open spaces and trees and lakes with wooden bridges over them. Despite the cold rain, Japanese tourists were out in force, smiling and being positively British about the weather. 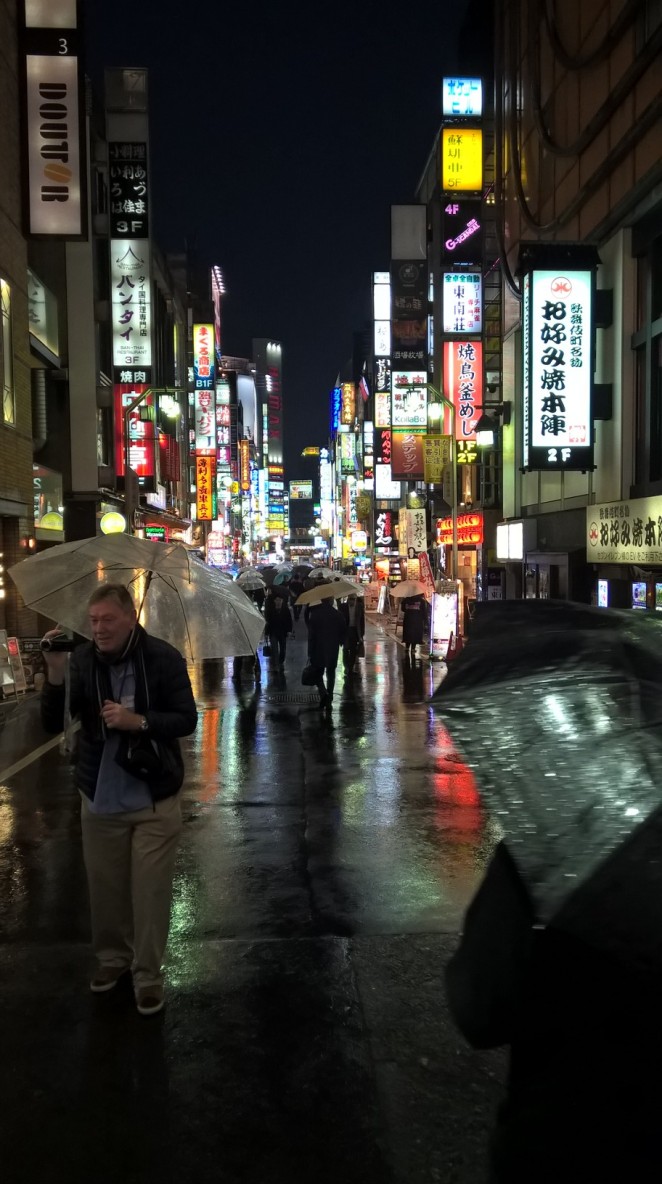 However, don’t let me give you the impression that Tokyo is all culture and tranquil parks. In the evening, our tour guides took us to one of the areas for entertainment, where there are pachinko parlours, hostess (and host!) bars, cinemas, karaoke bars and, of course, a vast diversity of eateries. 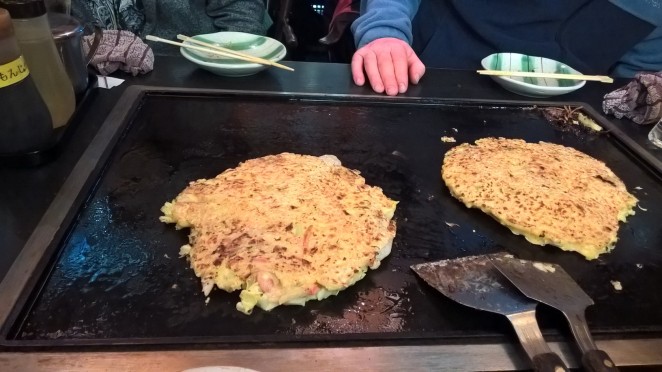 We were taken to a restaurant where you cook your own okonomiyaki at the table. What could be better after a cold, wet afternoon, than a hearty serving of pork, cabbage, prawns and other stuff in a matrix of egg, everything being liberally drenched in soy-based sauce and mayonnaise? And seaweed. And dried flakes of bonita tuna. All washed down with beer.