This story is about 1600 words long, and will take about ten minutes to read. 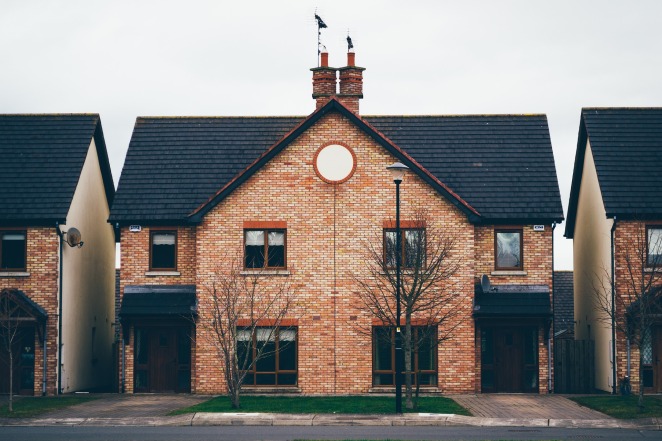 Milly enjoyed housework, even ironing. She especially liked cooking. It was how she nurtured her husband and her daughter. The thought that she was providing what they needed was almost as good as the cuddles that she longed for so much. Still, she was luckier than some of the women she used to know, who were divorced, or never married. No man to take care of them. She looked at her rings: the engagement ring with its large sapphire set between two diamonds – “Each diamond is a whole carat,” Gideon had boasted, “You’re a lucky woman” – and the thick band of twenty-two carat gold that was her wedding ring.

She polished the dining table first, so that Gideon wouldn’t notice the smell of lavender and beeswax at dinner; he was fussy about that. She gazed at the mirror finish with satisfaction. Even Gideon would struggle to find fault, she thought.

Before going into the lounge to dust it, she trotted upstairs, and rummaged in the chest where she kept spare pillows. There, at the bottom, was a photograph of Abigail in last year’s school play. Milly’s breath came fast, and her face flushed as she took the photo into the living room.

She hesitated a moment at the door, looking at the picture currently in pride of place at the centre of the mantelpiece. It was a professional portrait of Gideon standing very tall between Abigail and Milly. She slid it to one side, and set the battered frame holding Abigail’s picture in its place. It would have to be hidden away again before Gideon returned, of course.

Over her bread and cheese lunch, she pulled out a much-folded letter from the school, an invitation for Abigail to visit Italy in the summer. They planned to rehearse a play for performance in Milan. Milly looked again at how much it would cost.

She had no idea how much Gideon earned, but she thought they could probably afford to send Abi. So why had Gideon been so much against the trip?

Milly had quaked when she had rung the school and made an appointment for a meeting with the Head of Drama. She had known Gideon wouldn’t be happy.

“You stupid woman. Of course she can’t go. She’s far too young. That teacher probably wants to take advantage of her when she’s vulnerable, and we won’t be able to do anything to stop him.”

Greatly daring, she had ventured, “Is that really likely, dear?”

“I hope you’re not questioning my judgement, Milly. You know where that leads.”

“We’ll have to go, of course, now you’ve made the appointment. It would be discourteous if we didn’t. But you must tell him that we’re concerned that she’s too young, and we’ve decided that she would be better not going.”

“The Head of Drama’s a lady teacher, dear.”

“Just do as you’re told. And try not to get tongue-tied. I know you’re not the sharpest knife in the box, but there’s no need to show us both up.”

As Milly turned the school’s letter over and over, she thought carefully about what she would say. Gideon was right; she did stumble over her words; she got all worried and flustered, and somehow what she wanted to say just wouldn’t come out. She blushed as she remembered one occasion when all she’d been able to manage was “Er…er…er.” How scathing Gideon had been! This time, she had to be clear – for Abi’s sake if not for her own.

She was thinking about Abi and the meeting all afternoon, as she washed clothes, scrubbed floors and prepared dinner. She didn’t forget to remove Abi’s photo and hide it, but before returning it to its place in the chest she kissed it and hugged it to her bosom.

“Whatever’s best for you, my darling,” she whispered, “no matter what.”

The Head of Drama was tall. Her hair was dark and cut long, with a fringe. Mid-thirties, she looked somehow anachronistic, a hippy from the sixties perhaps.

“Good evening, Mr and Mrs Sharpe. I’m Cathy Thomson, the Head of Drama. I’m glad you were able to come in to talk about Abigail. She’s so very talented! I hope she’ll be able to come on the trip – it would be so good for her.” She looked from Gideon to Milly and back again.

Milly cleared her throat. “We, that is, I, um.” She slithered to a halt, clenched her fists, and tried again.

“Could you tell us a little more about the trip, please?”

Cathy was only too happy to share details of the trip; it was her initiative, and she felt that Abi would benefit enormously.

“What are you…are you doing…to make sure the children are safe?”

Gideon gave a tiny nod of approval. A few more minutes, and he could draw matters to a close. The teacher would know that Abi’s absence from the course was down to her parents’ natural concern for her welfare.

“Well, that sounds fine,” said Milly. Somehow the words came out clear and positive. “I think Abigail should go, don’t you dear?”

Gideon jerked in his seat, and glowered at Milly.

“It’s not as if we can’t afford it, after all. And the safeguarding sounds fine to me.”

“You’ve no idea what you’re talking about!”

“I’m sorry. I’m afraid Milly has let herself be carried away. We won’t be allowing Abigail on the trip. That’s settled. I’m sorry.”

Cathy stared at him, and then turned to Milly.

“Is everything alright, Mrs Sharpe?”

“Yes, yes. F…fine.” Her lower lip trembled, but she held her head high.

There was silence in the car on the way home.

Later that night, when Abigail was sound asleep, Gideon thrashed Milly. Tight-lipped with fury he struck her over and over again. Desperately she fought to stay silent. This time she was in the right; Abi should go on the trip. She wasn’t going to cry out, or beg. She bit the pillow. Her fingers clawed at the bed covers.

“Don’t you ever disobey me like that again!” snarled Gideon, eventually. He slammed the door of the spare bedroom behind him.

Eventually, stifling a groan, Milly pushed herself up from the bed. She turned on the light on the bedside table, and looked at herself. Her clothes were bloody; they’d have to be soaked straight away or they’d stain. She stripped, took them into the en-suite bathroom and dumped them in cold water. She sponged herself with warm water. It stung.

Reaction had set in. She was shaking. She swallowed two paracetamol tablets and huddled under the duvet.

She woke early next morning, and crept down to the kitchen in her dressing gown. She made a cup of tea and took it up to Gideon.

“Don’t let Abigail see you like that,” was all he said. Her wounds stung as though with acid as he watched her dress.

She cooked him breakfast, and sat with him while he ate it, and then, by seven o’clock, he had left the house.

Milly sat at the kitchen table. She felt exhausted. The door creaked.

Milly stood up. Her legs buckled, and she sat down with a bump.

As Milly slumped back in the chair, Abigail ran over to her.

Milly opened her eyes with difficulty. “I’m alright, love. Just a bit under the weather.”

Abigail put a mug of tea in front of Milly. It was the mug with a picture of a giraffe on it; her favourite. She smiled, and took a sip. A few more sips and she was starting to feel stronger.

Suddenly, Abigail said, “There’s dark red marks on your blouse, Mum. What are they?” Then she leaned forward and pulled up Milly’s sleeve. There was a gash and a long purple-black bruise right up her forearm. Abigail looked up at her mother, concern and horror mixed on her face.

Milly looked back, half defiant, half relieved.

“Your dad didn’t like what I said at the school last night.”

“Your dad hit me last night.”

Milly pointed to the bruise on her arm.

Abigail gazed in silence at Milly. Great tears welled up.

Milly held her close and let her weep for several minutes. Then Abigail pulled away.

“What can we do, dearest? This is just how things are. It’s not like this most of the time.”

“Well, I don’t think we should stay here. He shouldn’t hurt you like that.”

They stared at each. Slowly resolution crystallised between them.

“I want you to go to the same school.”

“Mum, I don’t need to if we have to go far away so he…” Abigail stumbled over the words, but pressed on, “so he can’t find us.”

“We could go and stay with my brother for a few days.”

“Good idea. And we’ll go to the police.”

“Yes. Look what he’s done to you. That must be against the law.”

“He shouldn’t have hurt you like that. It’s alright, Mum, I’ll come with you and give you moral support.”

Milly looked at her left hand. She pulled off her rings and looked at Abigail. Abigail looked back. Tentatively, tremulously, they smiled at each other, the first smiles of their new life of freedom.

“I shall sell the engagement ring,” declared Milly.