I wrote this story in response to the success of the far right in winning seats in the German Bundestag. It’s about 1000 words and will take about ten minutes to read. 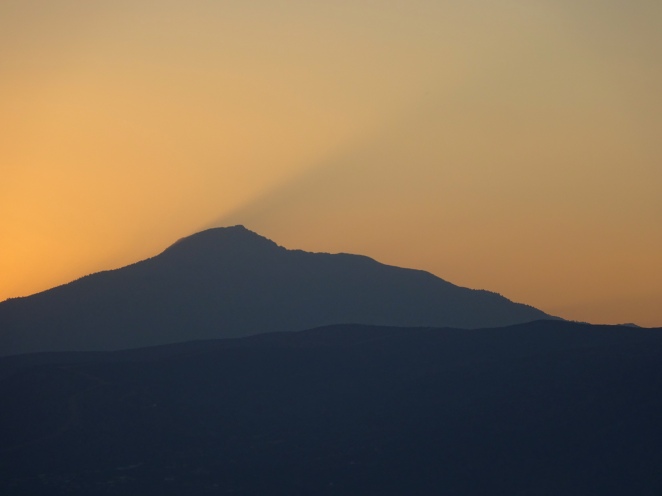 Her way to the archaeological site was blocked by a large dog, with alsatian in its recent ancestry. Its coat was unkempt. It was restless, raising its head, occasionally snarling; the snarls were, oddly, silent.

Alice was always wary of stray dogs, particularly here in the Balkans where rabies was still endemic. She crossed the road. The dog watched her as she passed.

“Good day,” the attendant at the entrance greeted her. She smiled, and her apprehension about the animal receded.

The dog was there again the following day, this time with a companion which yapped. As she passed them, the smaller dog stood up, took a pace or two in her direction, snuffled the air as though to catch and remember her scent. Alice shivered.

Her heart sank when she came out of the site that evening, and saw the two dogs. As soon as they saw her, they rose to their feet. The larger dog growled as she went past. Still, they made no move to approach her. She told herself it was silly to be frightened. “They’re only dogs, for goodness sake!”

Nevertheless, she mentioned it to the manager of the pension where she was living. He smiled.

“Don’t worry, Professor. I will have a word with the mayor tonight. He will sort out the problem.”

“It is no trouble, no trouble at all.” He spread his hands, thought a moment, and then added, “Will you do me the honour of drinking a glass of ouzo on the terrace?”

They sat in the evening sun, sipped their drinks and nibbled small savoury snacks.

“I hope you don’t mind my speaking,” began Spiros, “but I feel I need to give you a word of advice.”

Alice concealed a grin. “I shall be most grateful,” she said.

“I read your letter in the daily newspaper – you write very good Greek, such good Greek, it’s better than mine – but your message might have been misunderstood. It’s a very sensitive time.”

“You mean with Turkey making warlike noises over Cyprus again?”

He hesitated, and Alice interrupted, “I don’t see how my letter causes offence. I don’t mention Cyprus. I’m merely saying that it is now more important than ever that opposite sides of the political debate listen and try to understand one another.”

“That is not a message that the generals want to hear. To them, if you give anything less than enthusiastic support they look on it as opposition. And you said that Greece should stay in the European Union.”

“Well, so it should! It’s madness to leave!”

“Well, I can see what you’re saying,” she agreed at last, and the two of them sat quietly for a few moments.

“This view is so beautiful,” said Alice. “I love Greece – and the Greeks.”

The sun setting behind the mountain turned her grey hair gold, as it had been in her youth.

Spiros gazed at her, this strange foreigner, who spoke Greek almost like a native, who was so clever, so learned and yet so naïve.

“I will walk to the site with you tomorrow, and make sure everything is okay.”

“Thank you. I appreciate that.”

Talk at the taverna that evening was all about Cyprus. Would there be war? One boy had received his call-up papers that day. His family were celebrating, proud of him. The town’s priest sat at the table near the entrance.

“Love of country is the highest virtue,” he intoned, over and over again. The townsfolk nodded.

“Greece for the Greeks,” said one. There was a cheer.

“Cyprus for the Greeks!” said another. The cheer was louder.

Alice sat with friends, eating and thinking. Perhaps she should take a break, go back to the UK for a few weeks? She’d been working on the site without a break for six months, after all. Perhaps Spiros was right; her lack of sympathy for the regime might be costly. They might send her out of the country for good.

Next day, Spiros was as good as his word. In the morning he walked the mile to the site with Alice. There were no dogs.

Safely on the site, Alice thought no more about a holiday. The present phase of the study would be complete in five or six weeks. Time enough to think about holidays then.

She worked late that night, and the sun had set. She toyed with the idea of a taxi, but there were street lights, and she’d probably have to wait thirty minutes before the driver arrived.

She walked briskly, thinking of the work they’d done today, planning the tasks for tomorrow. The street lights were dim and widely spaced. It was only when you were close to one that its light hid the stars. Between them the sky was like velvet, decorated with a thousand sparkling points of light.

There was growl behind her. She quickened her pace.

The pointed muzzle of an Alsatian emerged from a gap in the fence beside her, as the stray pushed its way into her path. It snarled; she heard the sound very clearly this time. Her breath came quickly, and her heart pounded.

“Go away!” She spoke with as much firmness as she could.

The dog squatted on its haunches and growled. Alice felt in her handbag for her mobile phone. Who should she ring? Spiros would probably be quickest – but only if he answered.

As she dialled, the dog howled. There were answering howls from behind her. Then the dog sprang, knocking the phone from her hand.

Alice barged past it, and ran, ran as she hadn’t run since she was a teenager. And when running was no longer any use, she fought…