Every week, Rochelle Wisoff-Fields (thank you, Rochelle!) hosts a flash fiction challenge, to write a complete story, based on a photoprompt, with a beginning, middle and end, in 100 words or less. Post it on your blog, and include the Photoprompt and Inlinkz on your page. Link your story URL. Then the fun starts as you read other peoples’ stories and comment on them!

To an unknown hero

The rock band was deafening, and I hardly heard the first gunshots. People started to scream. I laughed with excitement, and, as the light show dazzled, I turned to Michael, clapping my hands.

“We’ve got to get out,” he yelled, and pointed.

A hooded gunman was pumping round after round into the dancers.

Michael pushed me towards the nearest emergency exit. Shots ripped splinters from the door frame. Michael stumbled, blood pouring from his leg.

People barged past. “Please?” I begged them. “Please help!”

Eventually somebody stopped, and between us we manhandled Michael to safety.

Thank you, whoever you are!

NaNoWriMo is over for this year, and I’m delighted to have succeeded in writing 50,000 words of a novel in the month. I’m now trying to continue at the same pace until the first draft is finished.

However, this week the siren voice of Friday Fictioneers has lured me into the shoals of flash fiction, especially as Rochelle has picked such an evocative photoprompt from Dawn. Thank you to both of you! 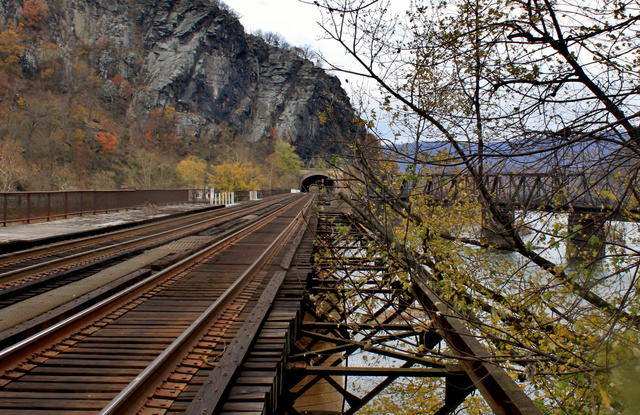 If Saaburah had looked back, she would have seen a smudge of smoke on the horizon where her house had once stood, but she didn’t look back.

If she had listened to her memories, she would have heard gunfire, screams, and the roar of fire as her family and friends were slaughtered, but she didn’t listen to her memories.

With her baby swaddled against her breast, she had walked towards the border, at first alone, then with a few others, then with a multitude.

Filthy, exhausted, frightened, they streamed across the railway bridge into Bangladesh, homeless, stateless.

Every week, Rochelle Wisoff-Fields (thank you, Rochelle!) hosts a flash fiction challenge, to write a complete story, based on a photoprompt, with a beginning, middle and end, in 100 words or less. Post it on your blog, and include the Photoprompt and Inlinkz (the blue frog) on your page. Link your story URL. Then the fun starts as you read other peoples’ stories and comment on them! 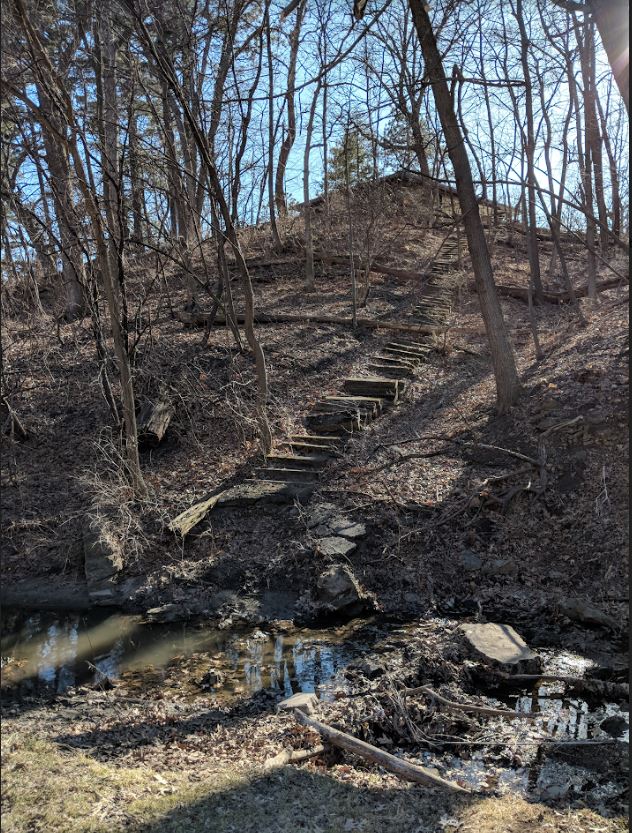 Was he still pursuing her?

Jodie’s legs burned with fatigue and there was a knot of cold fire in her chest. She couldn’t run much further. She splashed through standing water and struggled up rotten wooden steps that flaked under her feet.

The climb all but finished her. She dashed the sweat from her eyes, looking around desperately for a place to hide. A fragment of wall fringed the path. She slipped behind it, willing silence on her gasping breaths, and drew her hunting knife.

There was a heavy thud of footsteps.

She would end this the messy way.

I first posted this story on 21st January this year, under the title “Where is Europe?” I think this may have misled people into thinking it was a political post about Brexit, and it had very few readers. So, here it is, retitled but otherwise unchanged!

Latifah struggled up from the nightmare, sobbing, the taste of fear like blood in her mouth. As she opened her eyes she saw her mother.

She heard revving engines, screeching tyres and gunshots. For a few seconds she lay petrified, too frightened to move. They had come!

Her mother pulled her to her feet, thrust her abaya over her head, tied her niqab in place.

“Allah, do not let me fall into the hands of these men; let me die first,” Latifah prayed.

Men were pounding at the front door, battering it. She could hear her father shouting. There was a burst of automatic fire, and agonized shrieks. Her mother gasped, pushed her out of the back door, and they stumbled away.

Behind them were screams, and the flickering light of burning buildings; in front was darkness. Latifah’s mother fell to her knees.

“I’m wounded. You must run, Latifah, run!” She fell forwards, face in the dirt and lay still. Latifah let out a howl of despair, and then ran.

She ran until breathing hurt, until her legs wobbled, until she could no longer hear the dreadful sounds and the flames were hidden behind a hill. And then she wept for her mother and her father and her brothers, for her friends and for her home. There was no way back.

She walked on through night, and the desert, and the sunrise, until she reached a small town. The gunmen weren’t there; this was still a place of friends. Latifah had a little money, and she bought some bread and drank from a water fountain. “Which is the way to the sea?” she asked everyone.

It was a long walk. Sometimes she was lucky and found a day’s work, which would buy her a little food to last a week. Sometimes she had to beg. She slept in the open, fitfully.

And she reached the sea. Her eyes grew large and round in her gaunt face. The sea was so large! It was like a desert of water! “Where is Europe,” she asked everyone.

Some shrugged; some laughed; “It’s like heaven,” said a woman. “You only get there after you’re dead.”

One good-looking young man said, “I can fix it for you to travel there. Show me your face.”

“No, that would be sinful!” she exclaimed.

He grabbed her niqab and pulled it off roughly, tossing the rag into the bushes at the side of the road. She fought him, but he was strong and she was starving,

She fell and felt him press hard on top of her. He smelled sweet, rotten. The stones under her were gouging into her back, and they lacerated her as she struggled. He was laughing as he forced her legs apart. And then, suddenly, he slumped. His head fell against Latifah’s, stunning her.

It was the face of a very young man that she saw first as she recovered consciousness. She gasped and shrank back.

“Don’t be afraid,” he said. “See, I’ve found your niqab. You can put it on and be modest again.” She looked at him as a cat approaches a stranger, warily, ready to flee.

He held it up. Latifah snatched it, tied it in place.

“Are you alright to walk? We’d better go. I think I killed him when I hit him with the rock. He…he hasn’t moved.”

Latifah dragged herself upright, and sobbed. She hurt all over, and her limbs shook. She looked at the young man. Why, he was a boy really, hardly older than she was!

“It’s over there somewhere.” He gestured towards the sea. “Is that where you want to go?”

“My family is going tonight. Do you want to come with us?”

“Could I?” she said, hardly daring to believe it.

That night, Latifah and Asif, with the strong arms of Asif’s mother around them, crossed the sea and reached safety.