This story was written with two types of reader in mind: the general reader; and readers who are passionate about classical music. However, it is fiction, pure and simple, and not historical speculation. Note, too, that I am aware of the date Mendelssohn died, and the date that Clara and Robert’s son, Felix, was born. The story is not suggesting that he is Mendelssohn’s son. 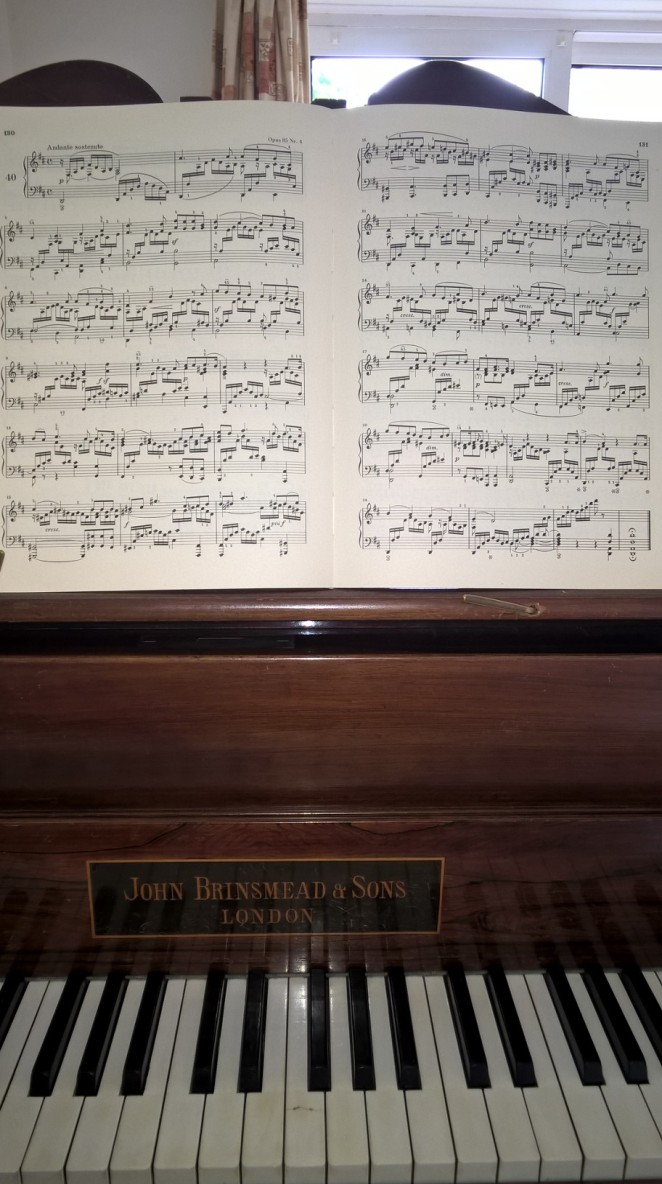 That way lies madness
Clara reached out her hand, and laid it on Robert’s naked shoulder. He flinched and tensed.
“He’s not my son, is he?” His voice was despairing.
“Oh, Robert, please, not this again.”
Robert spun round. His hands reached out as though to strangle, but dropped instead to Clara’s hips. He buried his face in the thick, raven hair cascading over her shoulder. She held him, rocked him, sang gently to him as though to a small child.
She led him towards the bed, coaxed him into it with little gestures and murmurs, endearments and caresses.
“You are an angel,” he said, eyes wide-open in wonder, “a glorious angel, with golden wings and a dark halo, and – I heard it, you know.”
He smiled, smirked rather.
“I heard it. He told me on the piano.”
“Robert, stop it. This is nonsense. You’re upsetting yourself needlessly.”
“You tell me it’s nonsense?” He emphasized the pronouns grotesquely. “He told me on the piano yesterday afternoon when he played to us both. That ‘Song without Words’. The rubato between bars twenty-six and twenty-seven, and, just to make sure, in case I missed it, again between bars twenty-nine and thirty.”
Clara sighed.
“Lie down, Robert. You’re imagining things. You are so sensitive, so creative. I love you for that, I really do, but not when you use it to torture yourself. Lie down my dearest, lie down my love.” She gentled him with words and touches until he lay down beneath the covers.
He looked at her sadly, so sadly.
“Your grief will be my only regret when I jump into the Rhine.”
Clara said nothing, just stroked his cheek tenderly. Robert’s eyes closed, and his breathing became gentle and regular.
From the nursery next door, young Felix began to wail.

11 thoughts on “Song without words”