Here is another piece of flash fiction. Again, it’s a ‘Drabble’ being 100 words long and having a beginning, middle and end. It was inspired by a scene I saw on holiday, but it’s completely fictional. Rather entertainingly, we subsequently met some of the performers – including the two lads – in a taverna and were able to express our enjoyment of the concert. 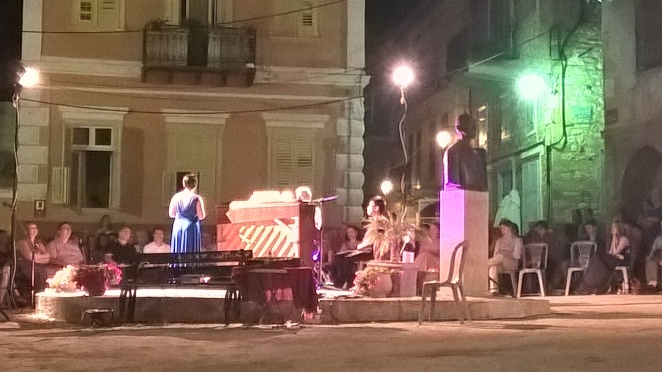 Those who were to perform in the Festival concert were in the front rows of the audience. Two young men sat side by side. The compere introduced a piece for solo piano, and both boys stood up. One went to the piano, the other stood at the side, recording a video of the performance.

Were they a gay couple, I wondered? The youth turned, looked at me; I smiled back.

Afterwards, he asked me why I had stared at him, rather than watch his friend performing.

“I am a writer. I have to look where other people are not looking.”

5 thoughts on “A Writer’s Perspective”